On 5 July 2014 the two dwarf planets Ceres and Vesta were in close conjunction, separated by less than 10', while they were 350 and 320 million kilometers far from Earth. With a diameter of 900 and 500 km are the two largest members of the asteroid main belt. In the picture are the two brightest objects, Ceres top left, Vesta at center right. Vesta while having a diameter almost half of Ceres small looks brighter because rocks of which it consists reflect a greater amount of light. 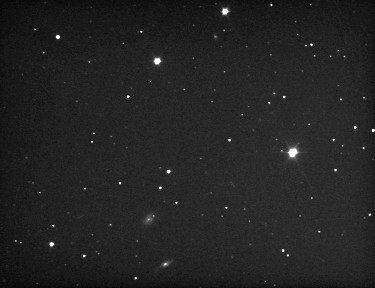 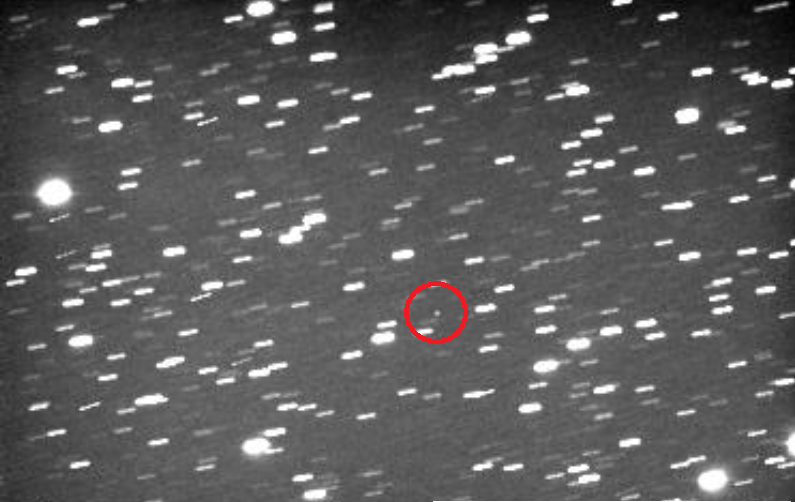 On February 15, 2013, the asteroid 2012 DA14 only discovered last year has passed just 28,000 kilometers from the Earth's surface. No other passage so close has never been seen before. The asteroid has moved quickly in the sky coming from southern latitudes along more than 40 degrees in one hour to the north. The motion across the sky was so rapid that 10 seconds exposure shows a remarkable trace caused by the displacement of the asteroid. 278 images were taken from 21:16:53 hours to 22:27:14 hours with the Schmidt camera 40/32 cm, focal length of 1000 mm and CCD camera Starlight HX516. Below is shown a selection of images. 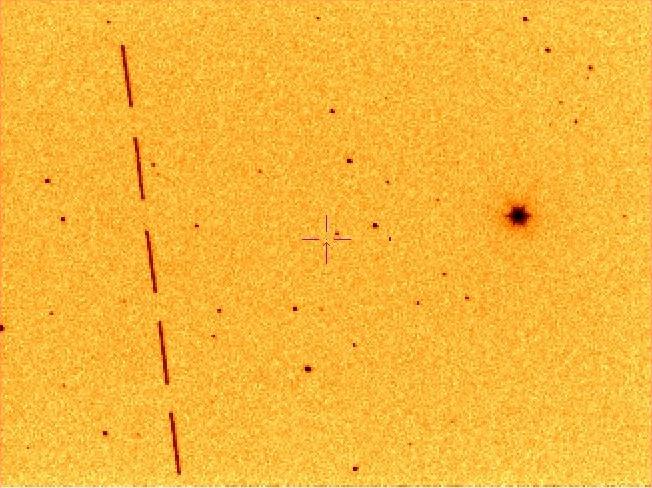