Transit is when a planet in its orbit around the Sun finds itself along the direction between the Sun and the Earth. From Earth we see a small black disc "passes" in the blinding solar flare. Only the planets Mercury and Venus orbit that have internal to the earth show this phenomenon. Transits of Mercury are quite frequent, about one every 8 years. The transits of Venus are very rare, occurring always two transits separated by only 8 years old, but before the next pair of transits spend more than 100 years. The last pair of transits of Venus occurred in 2004 and 2012, the next will be in 2117 and 2125. Both of the transits of Venus in 2004 and 2012, were visible in Italy.

The transit is started when in Italy it was still night, in fact occurred from 3:30 to 7:00 hours while the sun has risen at 5:30 hours local. The day was clear but low clouds horizon have disturbed the initial part of the observations. The images were taken on Mount Orphan with a goal MTO1000 and digital camera. 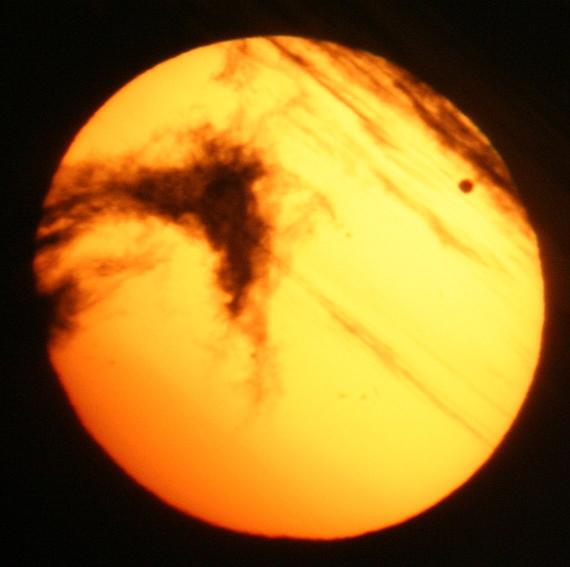 The Sun and Venus peeking above the clouds 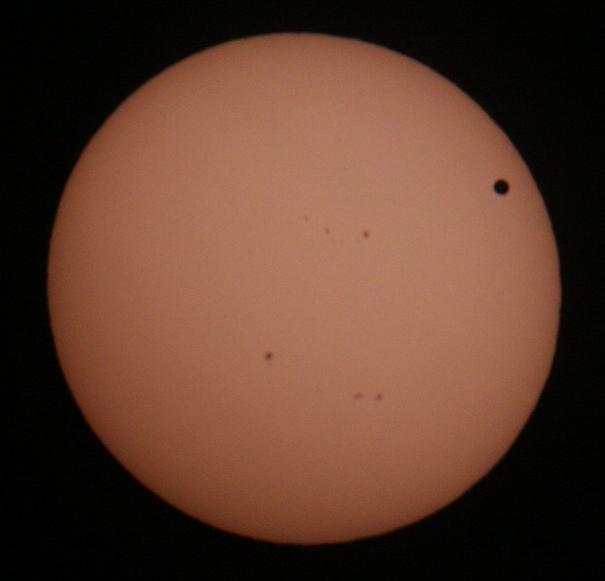 The clouds have disappeared, Venus can be seen clearly as well as sunspot groups 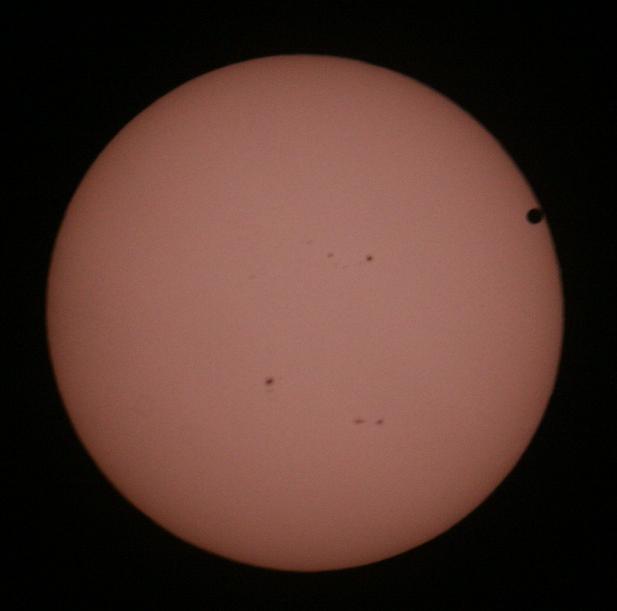 The transit was visible from Italyfor its entire duration. It 'took place from 7:20 am at 13:20 hours local in a beautifully serene day. The images were taken in the vicinity of the observatory with a target of Russian-made with focal length of 150 mm with F/2.8 aperture closed at F / 9. Front of the lens was placed a Baader solar filter AstroSolar. The images were taken with Philips Webcam Pro-ToUcam in RAW mode - Filter IR-CUT chamber. An exposure time of 1/100 to 1/500 of a second (proceeding from the rising of the Sun in which is used for a shorter time). 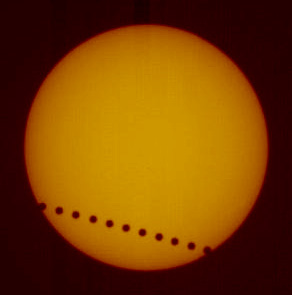 Enlargement of the transit zone

Detail of the times with universal time. It is visible the black drop effect.

Output detail with the instants in time universal 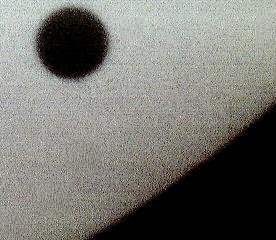 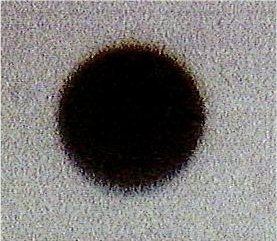 The transit was visible from Italy for its entire duration. It 'took place from 7:13 hours to 12:30 hours local on a clear day. The images were taken in the vicinity of the observatory with a target of Russian-made with focal length of 150 mm with F/2.8 aperture closed at F / 9. Front of the lens was placed a Baader solar filter AstroSolar. On this occasion steta refined shooting techniques useful in view of the transit of Venus in 2004 .. 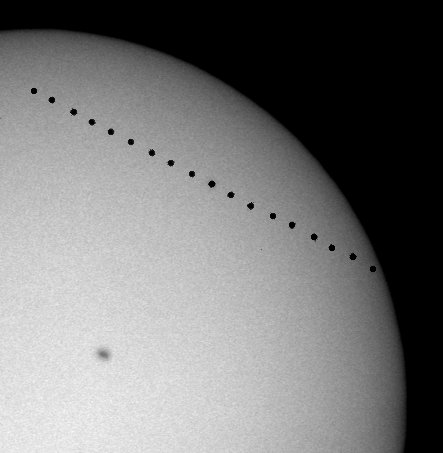