L 'observatory was officially founded in 1983 with the publication of the first astrometry measurements of minor planets, obtained using a small reflector telescope with a diameter of 15 cm, on the Minor Planet Circulars.

Also in 1983, the observatory have joined to the project SMP (Selected Minor Planets) of Institute of Theoretical Astronomy in Leningrad (now St. Petersburg). 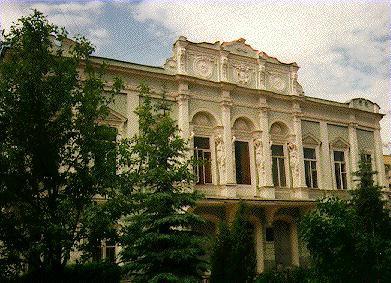 This program, completed in 2000, provided for the astrometry observation of the most 15 bigger minor planets, of which you know an orbit very accurate, in order to verify the accuracy of the coordinate system and the time samples. For this program were selected 7 observers who ensured a standard of precision and good continuity in providing data.

The observatory of Bassano Bresciano participating in this program from the start providing data for the entire duration of twenty years of this project. 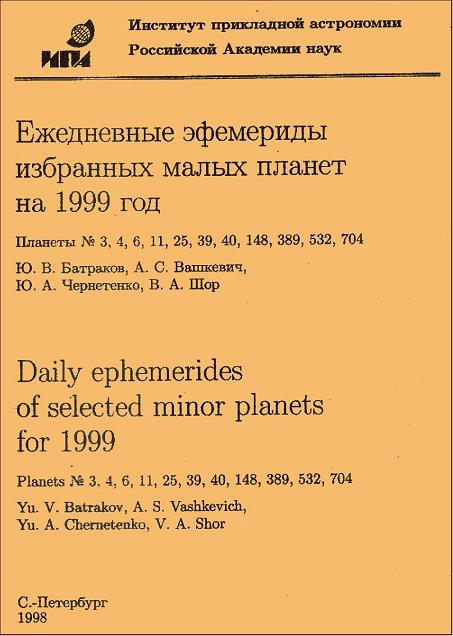 The cover of the annual publication of the Institute of Theoretical Astronomy in St. Petersburg where include the ephemeris of planets chosen and observatories participating to the program.

The page (in Russian) where appear the names of the observatories: 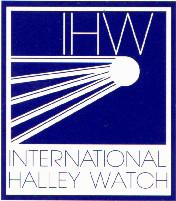 In the 1985, the observatory have joined to the campaign of observation of Halley's Comet sponsored by the Jet Propulsion Laboratory of NASA. The aim is to obtain precise position measurements of the comet, to allow you to correct the course of the numerous space probes that are directed. The orbit of a comet, in fact, is affected by many disturbances in the major planets and pass near the halfway point around the Sun ir means that its orbit varies continuously and in a sometimes unpredictable. Space probes directed to the Halley must be guided with a precision that only the orbital calculation can not provide. Therefore the task of terrestrial observers is to provide a series of precise measurements of position that allow the space probes, and in particular to probe Giotto, to perform a precise and safe flyby The observatory gave 85 astrometry high precision by half November to mid-December 1985 contributing to the precise calculation of the comet orbit. 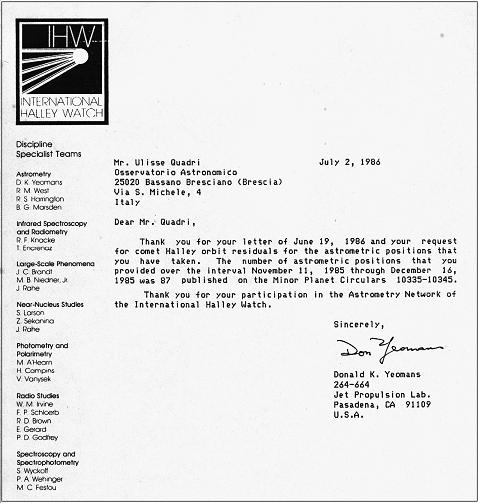 Letter from Dr. DKYeomans of Jet Propulsion Laboratory of NASA about the observations of Halley's comet sent by the Bassano Bresciano observatory

Since 1982 is undertaken the construction of the current Astronomical Observatory. It is a completely self-built and self-designed system. After 7 years it was inaugurated on 29 April 1989. Under the dome, the upper floor is placed the telescope: a structure weighing 1000 kilograms. Its optical diameter of 40 cm, allow very weak objects detecting even in the sky of the Po Valley. On the ground floor there is a room that houses the electronic equipment of control allowing since the opening telescope automatic pointing and serves as a work area or reception of guests.

After the observatory building main research focuses more and more in astrometry of the minor planets. It develops an intense collaboration with other observers who work in this field, the first of the observatory of San Vittore (Bologna) founder in Italy in search of new planets. This collaboration results in the establishment of the "Italian Astrometry Group", a group that is found about once a year exchanging experiences, observational methodologies and software.

Here are the pictures of equity investments at meetings of members to the GIA. 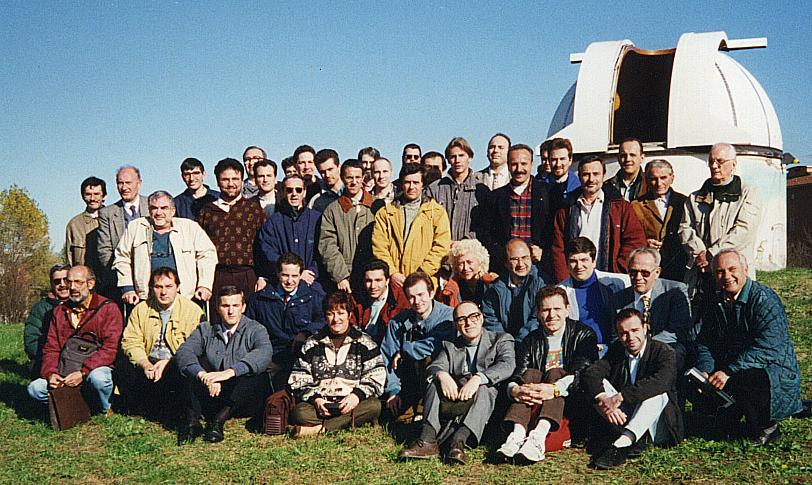 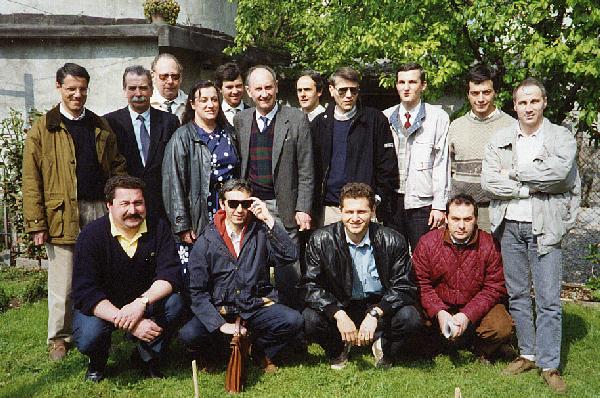 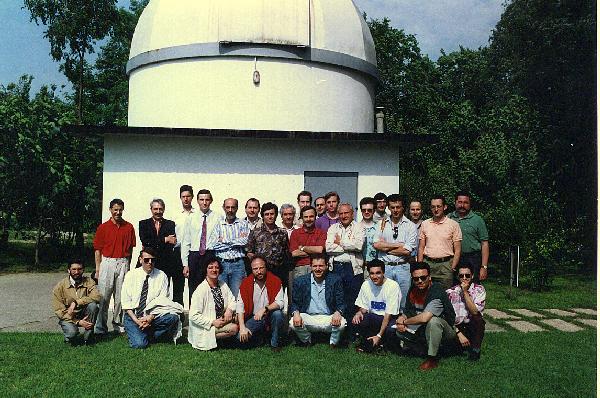 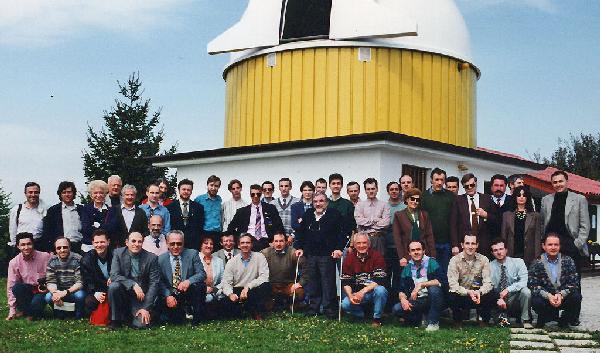 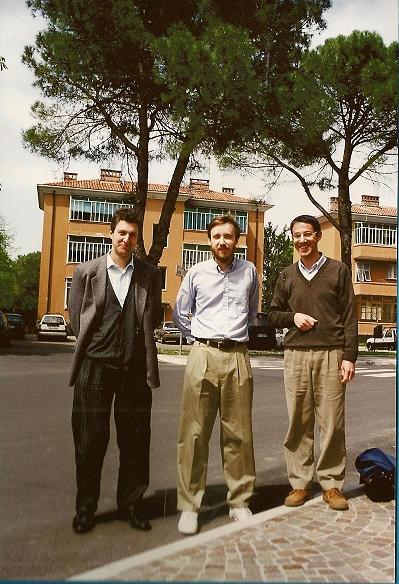 In Farra d'Isonzo we had the pleasure of knowing the Associate Director of the Minor Planet Center the Smithsonian Astrophysical Observatory in Cambridge MA - USA, Gareth Williams (center) 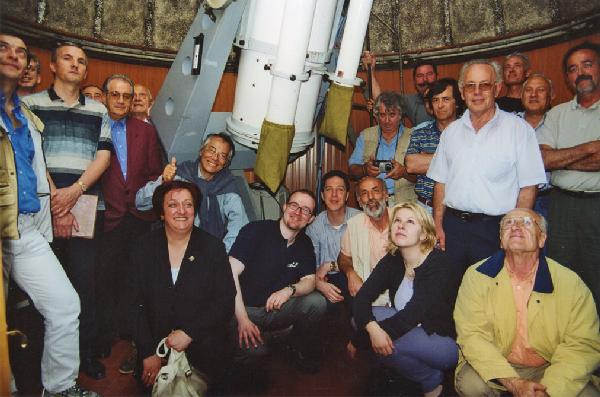 In the 1998, the National Observatory of Pino Torinese asked our cooperation for the study of asteroid (216) Kleopatra. This is one of the asteroids which are suspected to have a satellite. The purpose of the research was to determine with precision the period of rotation in order to know when, from the Earth, it was possible to see the two components to the maximum separation. Obtained this data, it would be possible to program an observation of the asteroid through the Space Telescope, in order to photograph the two components. 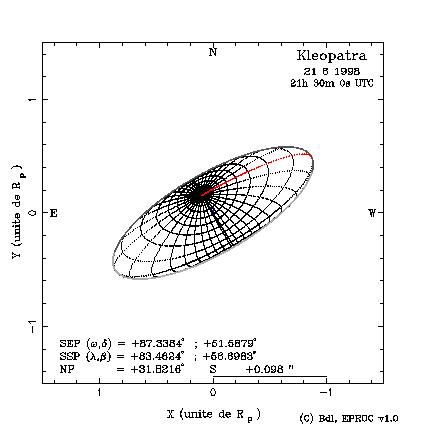 With the measures collected astronomers Pino Torinese was able to perform a first model of the shape of asteroid.

Over the years we have made continuous changes and improvements to both the mechanical to electronic. The work carried out in 2008-2010 the telescope was equipped with a real-time controller that governs the pointing, tracking, dome and a PC software able to photograph, create celestial charts, receiving emails and run scripts. The observatory is then fully automated and remote data. This means that it can carry out observations in automatic through the night without the presence of operators and which can be controlled remotely via internet. In case of sudden bad weather is able to put individually in safety condition. After a long period in which the main research interest has been the astrometry of minor planets and comets now there is mainly dedicated to the photometry of asteroids, the Gamma-ray bursts, looking for Supernovae and the study of variable stars. 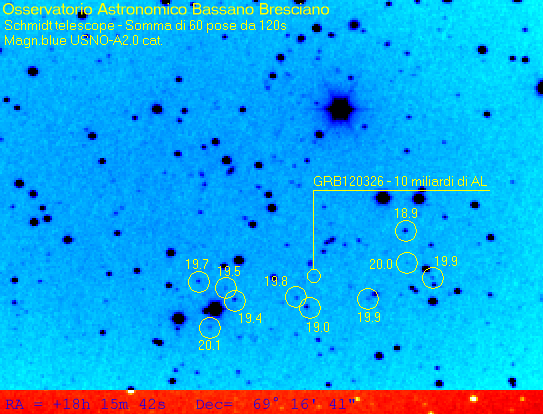 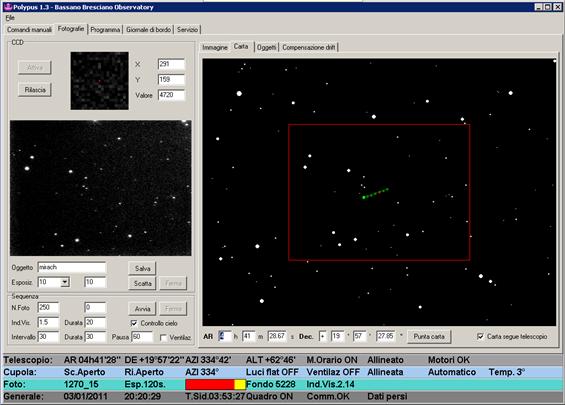 Software "Polypus" that coordinates all activities 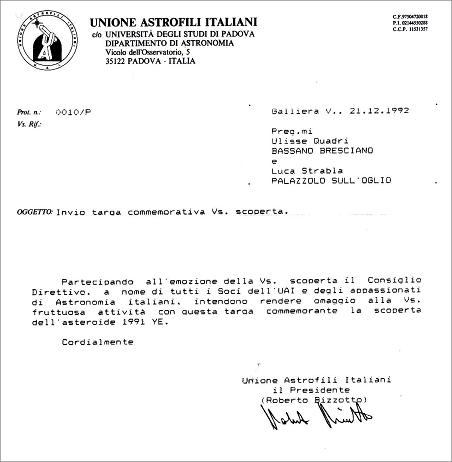 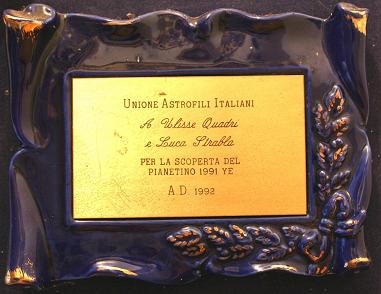 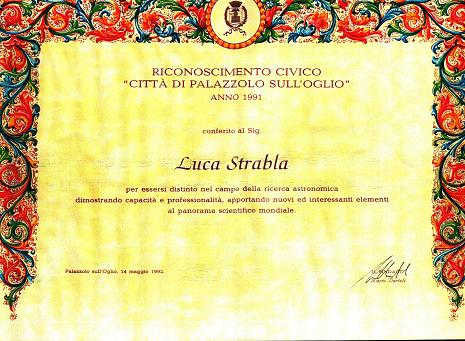 Civic recognition "City of Palazzolo" in Luca Stabla for the discovery of minor planet 1991 YE. 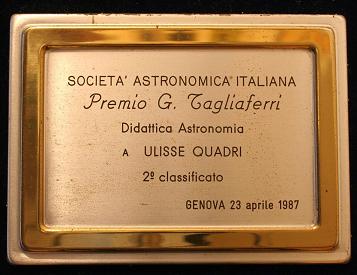 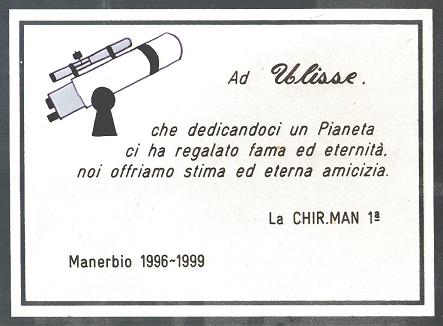